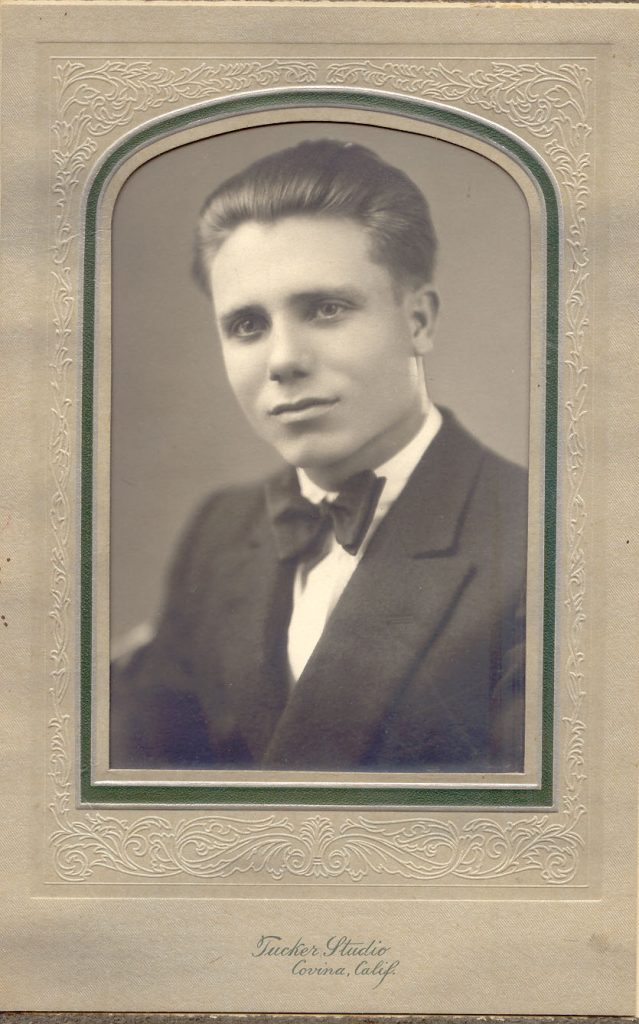 A distant cousin, I met on a Facebook surname group, sent me a digital picture of Charlie Goff.  I found him living with my great- great grandparents on the 1930 census. He was listed as “adopted son”. He, like a lot of other people  weren’t officially adopted.  Often, distant relatives sent children to live with someone who could feed them, or provide better opportunities educationally.  In the United States, there were orphan trains that moved children from large cities to the Midwest to work on farms.

Look at all the pictures you do have of relatives for clues.

This picture of Charlie Goff was taken in Covina, California around 1930.  I Googled photographers and studios in Covina during that time period. Clarence Tucker, the photographer, who took this portrait of Charlie donated his photography portfolio to the Online Archive of California after he died.

As a hobby, Clarence Tucker enjoyed photographing the orange groves in Covina, California. Clarence took pictures of the equipment that orange workers used everyday… and the people who worked in the citrus industry. I knew based on census records that Aunt Fern Goff was an orange grader, but I had no idea what that was. Pouring through a couple hundred pictures, I not only gained a better understanding of what life was like for my great-great grandparents, but I found a couple of pictures, that I am pretty sure contain them.

Even if it’s not them, it could have been, based on where they lived and what they did.  Just in case you were dying from curiosity, orange graders worked on the line.  They had metal rings they measured oranges with and separated them based on size and quality for distribution.

Another delightful tidbit?  After the railroads spanned America, and fresh produce was able to be transported across the country year round, most Christmas oranges children received in their stockings came from the citrus groves in Covina, California. They were packed by Fern Goff and other women like her.

Here are some more places to look for photos of your ancestors online: