I leaned my back against the wall, and slid down to the floor. I let the sobs overwhelm me, and match the volume of my son who was kicking and screaming on the hardwood floor beside me.

I felt completely inadequate as a mother.

I had heard people joke about the terrible twos, but I knew that this was different.

I had survived ages two, three, and four with my triplet boys already. It had never been like this.

It was more than a disobedient child refusing to get dressed or put on his shoes. I knew that there was something different about PB and the way that his brain was wired compared to my other boys. I knew that I needed to help, and decided to research the internet for Sensory Processing Disorder.

I had heard the term used a lot in articles I had read about parenting children with autism. I didn’t suspect that PB had autism, but he had a lot of the same characteristics the articles described. I knew that I needed to learn more about what was bothering my son to be a better parent, and to prevent exhausting, daily melt downs for both of us.

Once I realized what SPD was, I was able to pinpoint situations which were causing major meltdowns for my son. Knowing what was happening reduced power struggles, embarrassing public meltdowns, and improved the peace in our home.

Here are some things that I did to help my son cope with some of his sensory issues:

I bought clothes he wanted to wear.

With three older brothers, I had plenty of adorable outfits for PB to wear, and he hated most of them. Getting dressed everyday was a monumental struggle where we both ended up in tears. I bought him what was comfortable on his skin, even though I preferred how other outfits looked. He liked long sleeved 100% cotton t-shirts with no collars, buttons or tags. He liked athletic pants without elastic around the ankles or sweatpants. He didn’t like to wear socks, so I didn’t make him.

I changed my idea of what “being dressed” means.

If we weren’t leaving the house, I let him wear pajamas. His body was covered, and he was warm enough. Sometimes, he wore them in public when he wasn’t even sick. Some times he wore the same outfit for 48 hours before allowing me to wash it. Sometimes he didn’t match. It was okay. We were able to leave the house without as many huge meltdowns, and I consider that a win.

I let go of the expectations I had as a parent about some things.

One day, instead of saying, “No, you can’t wear a Batman cape. Costumes, are for home only,” I said yes.  After that, PB wore his black fleece Batman cape nearly everywhere for the next year. We compromised by not wearing it to bed for safety reasons, or to church on Sunday to show reverence to God, and avoid my embarrassment. Strangers complimented his style and loved it. 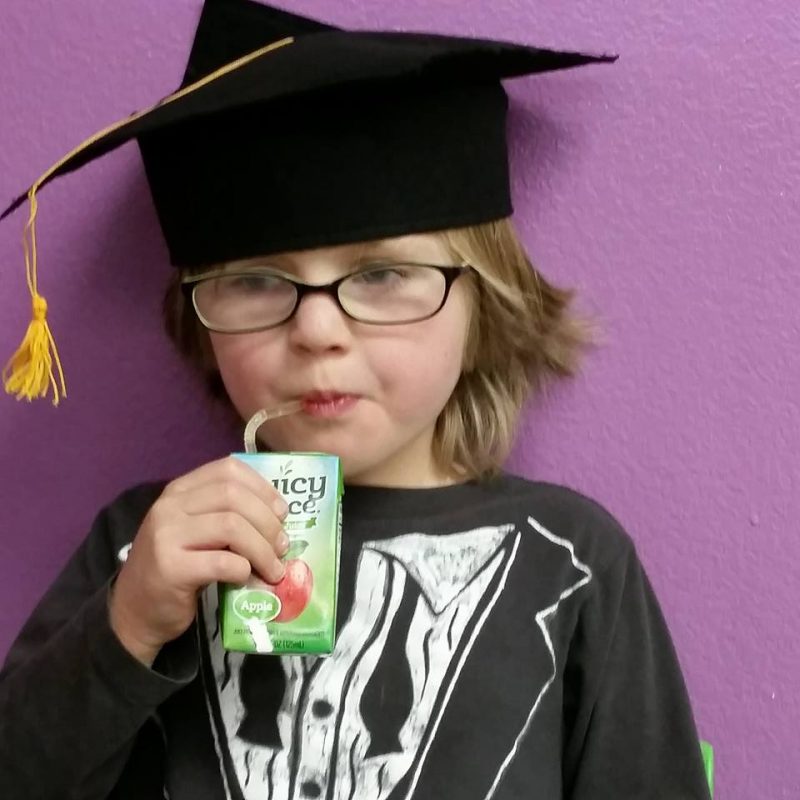 I had to physically hold a screaming PB down to cut his hair with the clippers every month. It was torture for both of us. He didn’t like the sound of the clippers or the feel of the cut hair on his skin. I listened to him. I used the scissors instead of clippers and gave him longer styled haircuts. I took my time, and made sure the water didn’t trickle down his neck from the spray bottle when I wet his hair. I moved each clump of cut wet hair so it wouldn’t rest on his skin and cause irritation.

Sometimes, when I cut PB’s hair with the scissors, it was crooked, and he was done even though I wasn’t finished.  He had sat in the chair as long as he could. We left it that way, until it was time for a new haircut. Eventually, he sat for longer periods of time, and trusted me more, because I listened to how he felt. These were little things that I did as a parent that made a big difference in our relationship.

It was also helpful for me to understanding how common SPD is among gifted people.

As I read more about SPD symptoms, a few years ago, and filled out a questionnaire for a research institute to help specialists learn more about how to treat it, I realized that I have it too. In fact, five of my 40 fears are directly related to my own sensory processing issues.

11. Eating meals with people – I have misophonia. Eating sounds trigger involuntary anger. It’s worse around people I know well and love. This can be especially challenging around the holidays which are centered around communal eating experiences.

18. Being in loud places – I especially have a difficult time with ambient noises and echoing places like gymnasiums.

28. Being dirty – I don’t mind being sweaty. I don’t have to bathe or shower everyday. I don’t compulsively wash my hands. I have a difficult time with the way that dirt or certain things feel on my skin… especially my hands. I didn’t like making mud pies as a child or finger painting. I never liked having my hand stamped to get into a club. I don’t like temporary tattoos, or writing a reminder on my hand. I love the ocean and walking on the beach, but don’t like how sand feels on my legs or body. (I am okay with it on my feet and love the way it feels between my toes if it’s wet.) 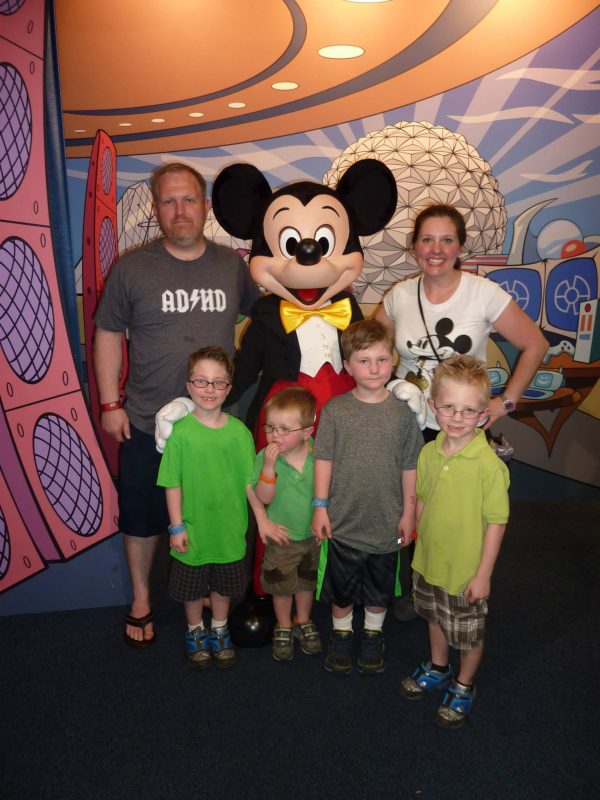 Moments before this picture, PB was screaming, because he dumped his bottled water on his shorts. I broke down crying three times because I wanted a lemonade, I was hot, tired and around a lot of people.

32. Being around crowds of people-  I feel physically trapped by swarms of people. It makes me feel anxious to have so many bodies in close proximity to my own. Sometimes, I am okay attending a large sporting event in an arena, a conference or convention. Other times, I feel extremely anxious and overwhelmed. I had more than one sensory meltdown on our trip to Disney World in 2013.  Combining loud and crowded places? Not good at all.

Tips that have helped me cope with my SPD

Getting enough rest –  I don’t like to sleep. There are so many other things that I would rather be doing. I have noticed if I am sleep deprived, my SPD symptoms are amplified and unbearable. (Not only for me, but my family as well.)

Regular Exercise – Physical movement helps me focus and relieves a lot of my stress and anxiety. I don’t like to exercise, but I do it because I like how I feel when I am done. Running makes me a better mom.

Eliminating/ Reducing Caffeine and Sugar – I have noticed that I am more irritable and sensitive to my environment when I have too much caffeine or sugar. Most energy drinks wreck havoc on my brain too. I have been caffeine free since November, and have noticed a big difference in my SPD. I have limited my processed sugar intake as well. I won’t eliminate it, because I love sugar, but choose to have most of it now through less processed methods.  I still love peanut butter M&Ms and ice cream, so yeah….I have noticed increased anxiety levels when I overload or over do it.

Genealogy Jen’s Challenge of the Week– How has something different about you or the way your brain works become a strength? Comment and let me know

This post is part of Hoagies’ Gifted Education Monthly Blog Hop Series. This month’s topic is the Mysteries of Giftedness. Please click the graphic below to read more about the mysterious workings of the gifted brain.