The Value of Persistence 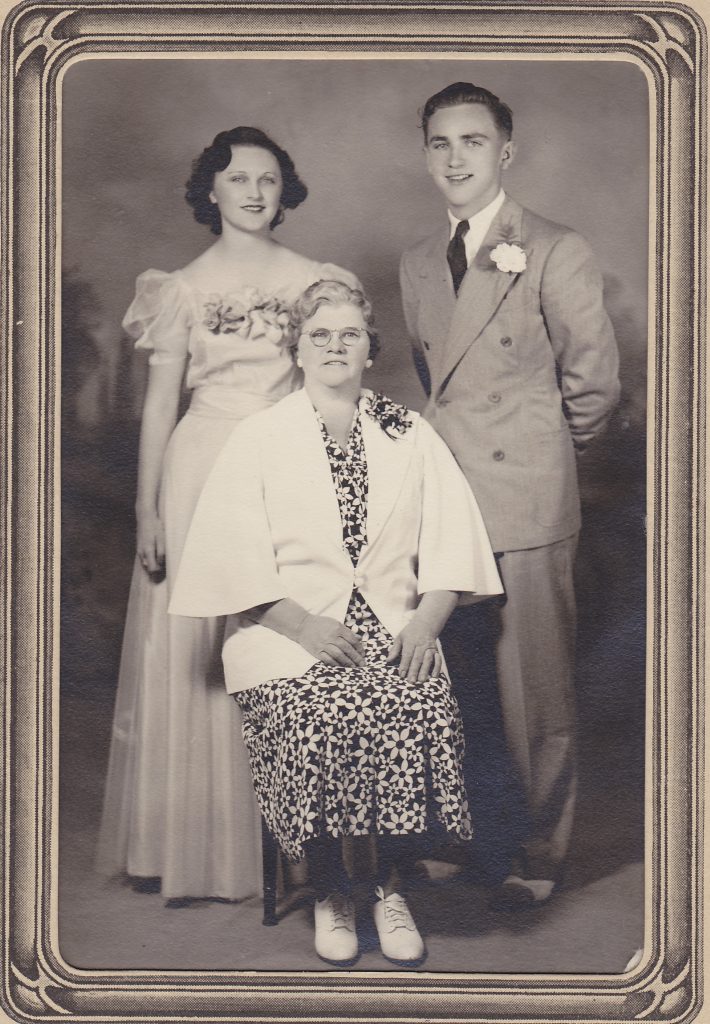 I was hoping that paper was somewhere, because I save everything. I was looking for the report that I wrote for social studies in 8th grade. It was my first family tree assignment that sparked my love for genealogy.

I found it nestled in a unicorn folder with a pile of dramatic middle school poetry.

And I learned a few details about my family that I didn’t know from my recent research.

When you are asking family members questions, and details about their history, family and relationships, it pays to be persistent.

Maybe someone doesn’t want to tell you the heart breaking story the first time. It may require establishing trust. Or maybe they assume you already know the story, because other people do. There may be layers and dimensions that are revealed over time. Small details can make a significant difference. I highly recommend having as many conversations on the phone, email or in person as possible with living relatives or family members as you gather family information. During conversations, or correspondence,  make sure you voice record, type, or write out the details. Maybe it will be decades later before something clicks, but small details could be an important clues to understanding your ancestors better, and breaking through genealogical brickwalls.

Here is an excerpt from my 8th grade paper:

Zelma Beulah Davis was born 189? . My dad said that she was Raymond’s second wife, but he wouldn’t tell me anymore than that! I talked to a couple of people before my mom told me what happened. Raymond was dating Zelma for quite awhile before they were married. About a week after they were married, he came home one night and said that he would like her to meet some people. He motioned, and in came my grandmother Goff and her brother. This came as a shock to Zelma to find out that he had already been married and had two children from his previous marriage! My grand-mom Miller gave Grandma Goff a hard time the whole while that she was growing up. She told the rest of the family that they all better keep tight lips about the whole situation also. 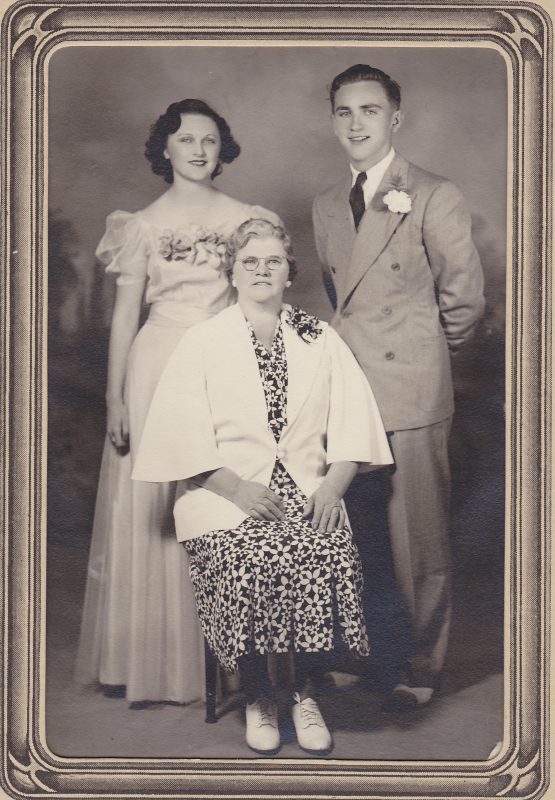 My dad has blocked out most of his childhood memories, so I don’t ask him about things very often. I called my Aunt Judi to confirm the story. She said it was true.

My grandmother and younger brother Raymond Gregory (Ray) were raised by Alice Miller their paternal grandmother. I can’t imagine how Zelma must have felt after being married only a short time,  that her new husband had omitted major details about his life before marrying her. He had been married in New Jersey and lost his wife due to complications of childbirth after his second son was born.

Zelma was 17, newly married and an instant parent. Being blind-sided by motherhood is not the ideal way to start a relationship with future stepchildren.  Zelma wasn’t very much older than her new daughter. There’s only a 15 year age span between them. Estelle looked like Marion her deceased mother. It may have complicated their relationship even more.

Raymond took his newborn son and 2 year old daughter to California to live with his mother Alice. What about the Kaiser grandparents? They lost their only child, and both of their grandchildren left New Jersey to relocate in California with their son-in-law. I know almost nothing about them as a result. I have no pictures, letters or explanations.

I do know that William Kaiser, Marion’s father had a different job on every census record I can find for him. They lived in a poor Newark tenement neighborhood, in the same apartment, for several decades. One job William Kaiser had was as a bartender. It leads me to believe he may have been an alcoholic, which would explain part of our family pattern of alcoholism. This is totally just my hunch based on my personal experience with my fiance number 2, the bartender, and based on every bartender I’ve known well was either an alcoholic, recovering alcoholic or in a co-dependent relationship with one. Apologies to great-great-grandpa William if I’m wrong in my assumption.

It could also be why I’m not aware of any communication between the Kaisers and the Millers.

Genealogy Jen’s challenge of the week: What secrets does your family have? What rumors have you heard? Write them down. There may be truth behind it, or it may help in your genealogical research process.