Keeping up With the Twinkies 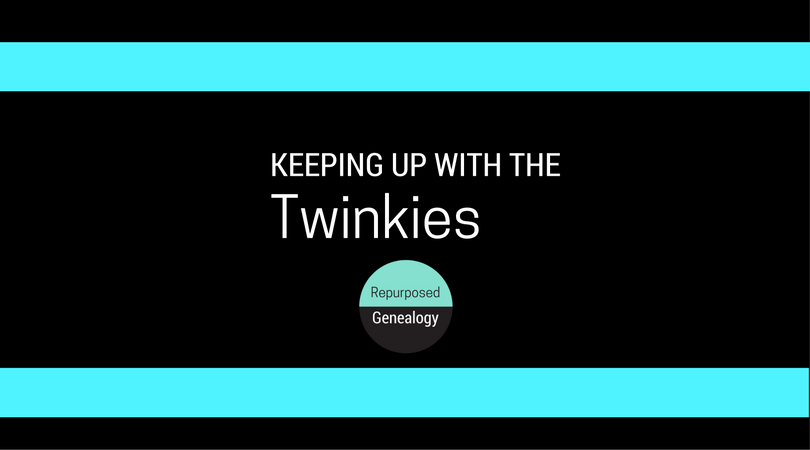 I love to learn new things, and gather my knowledge from a variety of sources.

I follow industry leaders and innovators on social media.

I subscribe to Google alerts on topics that interest me.

I consume a ton of information from various sources.

I bring up tidbits I’ve learned in conversations with friends and strangers, share my learning on my social media accounts, integrate things I learn into my business strategies, and spend time pondering what I learn.

I think most of these things I do are pretty typical for gifted adults. One major source  that I gather information from would probably be looked down upon by most intellectuals.

With the advent of Hulu and Netflix, it is possible to binge watch entire seasons, of reality television, and I do that a lot.

Reality television is more than a guilty pleasure for me. It’s one of my most valuable tools for personal learning.

You might not appreciate the value of reality television.

Maybe, you see it as the Twinkies of TV. Before, you discount my intellect, or roll your eyes, and click on a different article to read, let me share why you should add more reality television to your media consumption routine, and how it may broaden your knowledge base, like it has mine.

I’ve been a reality television fan since watching my first confessional booth on The Real World season 1 when I was a teenager.

I think Reality TV indulges the voyeur inside of us who wants a peek into the life of another person, for what ever reason.

I watch reality television to learn.

As I’ve watched competitions like the Amazing Race, I’ve grown to appreciate and understand international cultures, food, historical landmarks, and travel pitfalls to avoid. (Never leave your bag with your passport and money behind to retrieve later.)

I’ve learned about a variety of methods to prepare food, and performing under pressure, as I’ve consumed hundreds of hours of cooking, food and competitive eating competitions.

Reality television has taught me about what people value in antiques and collectibles, and what to look for while I frequent second hand shops.

I’ve learned more than how to skills through watching reality television.

My greatest learning from reality television has been through observing the people cast as contestants or participants.

I love the intricacies of social engineering and influence to form alliances and “win” competitions.

It is especially apparent as I’ve watched various versions of dating/ relationship programs like Beauty and the Geek, The Bachelor, The Bachelorette, and the deliciously trashy Bachelor in Paradise.

It is always an amusingly educational experience to watch the link between consuming alcoholic beverages, physical attraction and impulsive decisions.

Sometimes, my learning comes in the form of what not to do.

It can be a hot, train wreck mess, and highly entertaining.

I’ve learned about personal determination, drive, and contestant likability as I’ve watched “talent” competitions like America’s Next Top Model, American Idol, The Voice, and Dancing with the Stars.

I’ve watched reality shows about “regular” people who hoard, have kids who dance, children who compete in pageants, and parents raising multiple birth children. (I watched them before I had my triplets, and when my boys were younger, but don’t very often anymore).

My greatest take away from the “regular person” of reality program is to learn about the consequences of what happens to these people after their shows air and they gain temporary notoriety. Reality television amplifies and leverages existing marital issues often leading to divorce. Witnessing these relationships evolve and dissolve through the drama of television, and careful post production editing, has taught me pitfalls to avoid in my own relationship.

It’s also why I’m not in a hurry to sign up as a contestant on a reality show.

Reality television has helped me learn more about, and feel a connection with people who probably would not have been in my sphere of influence otherwise.

The most fascinating people I watch on reality television, are probably gifted. Some have been cast as villains.  I’ve marveled as they used their intellect to outwit and outlast other contestants in competitive series like West Point alumni Richard Hatch from Survivor.

Sometimes, the gifted reality stars are children, and sparks controversy, like Kid Nation.

The most brilliant reality television stars have built multifaceted brands, and long term careers from their moments of reality TV fame. Some used the launchpad of a network special to parlay it into a full reality show series, additional reality programs, or become repeat contestants. Others have used their notoriety to gain more financially lucrative employment after their shows end.

I admire reality television stars who have used their time to cultivate loyal, engaged, fan bases on social media networks, and through media interviews.

I won’t tell you how many total hours of reality television I’ve consumed in my life, because I don’t know.

Besides, just because I’m Keeping up with the Twinkies in my television diet doesn’t mean that I want to know exactly how many I’ve had over the years.

Genealogy Jen’s Challenge of the Week – What is your favorite reality television show? What do you like about it?

This post has been guest post for Hoagies’ Gifted Education. You can read more about alternative learning methods from other bloggers by clicking here or on the graphic below.