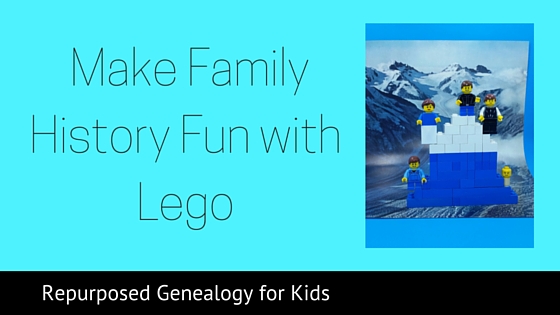 My grandpa gave me a couple of his family history research binders last summer. I was able to use them to identify the ship his father and grandparents sailed to America from Switzerland for my cousin, Heidi.  After sending a printable image of the SS Circassia to Heidi, I decided to print a copy for our family as well.

I thought it would be fun for my boys to replicate the ship in Lego bricks. I love the sail they came up with. 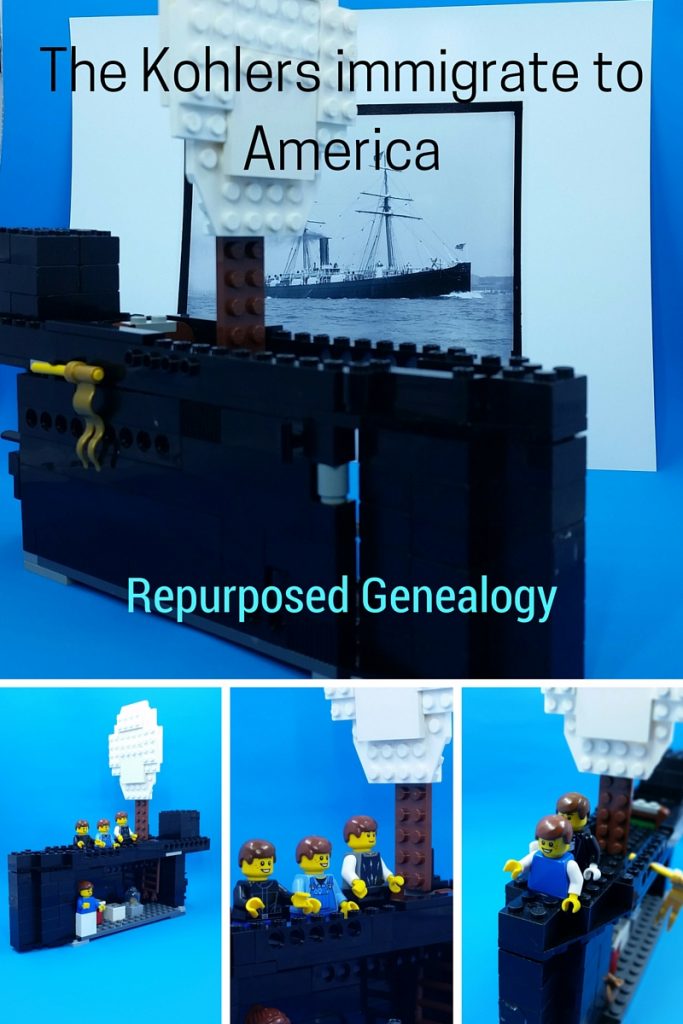 While they worked together to build the boat, I was able to share some details about what life was like for most immigrant families during that time period.

We created a vignette scene in my new ShotBox  I bought at Rootstech. We used old atlas books and a book on the Alps we found  at the thrift store. My youngest son, PB made a mountain for the Swiss Kohlers to stand on. We decided to include baby Jacob who died a few months before the Kohlers came to America.

I also wanted to do something for my grandmother’s side of the family. After seeing a Lego covered wagon, I decided to build my version of one. Grandma is a member of the Daughter’s of the Utah Pioneers, and has several influential pioneer ancestors. The most notable is probably Isaac Behunin. He was a body guard to the first LDS prophet, Joseph Smith, and is credited with naming Zion’s Canyon. 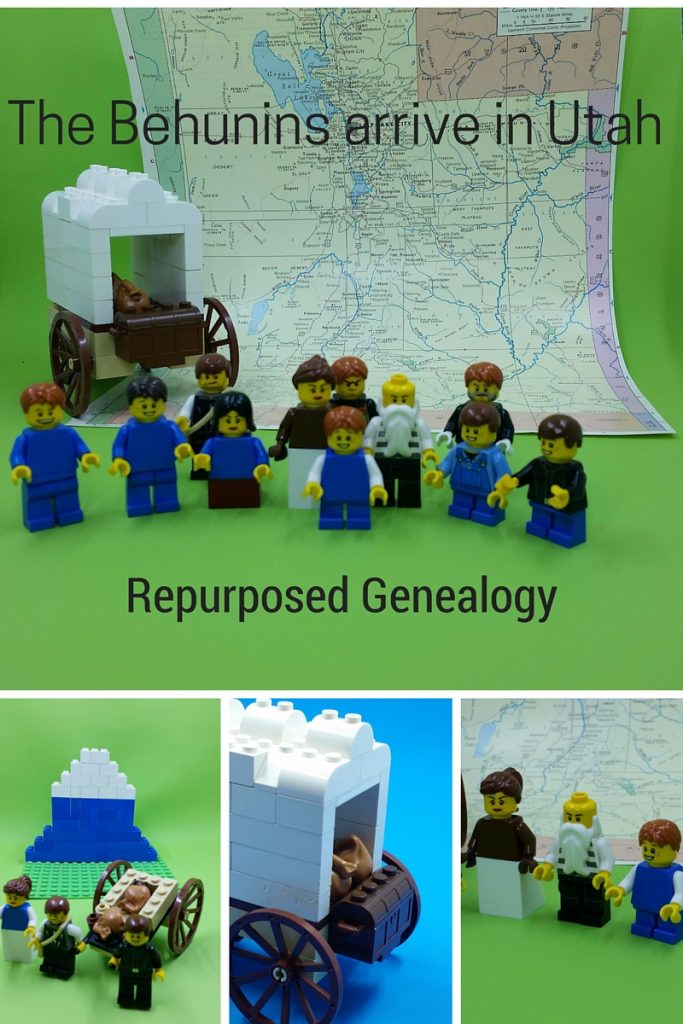 PB and I initially built a handcart instead of a wagon. When I think of Mormon Pioneers, I think of handcarts, and the difficulties the Martin and Willie handcart companies endured.

Isaac and Elmina Polly Tyler Behunin weren’t wealthy, but they traveled to Utah with adequate provisions. Many LDS pioneers weren’t as well equipped.  There were 11 members of the Behunin family who traveled to Utah. They had 4 wagons with teams of oxen, as well as horses and sheep. Several generations of Behunins supported their families as shepherds through out the state of Utah.

The Behunins passed through Emigration Canyon August 30, 1850.  Isaac and Elmina’s youngest child to cross the plains to Utah was Elijah Cuttler Behunin, my direct line ancestor. He was only two years old. On September 30, 1850, one month after their arrival in Utah, Elmina gave birth to a daughter named after her. I can’t imagine what it was like walking or bumping along a hot, dusty trail during the summer being pregnant. Elmina Behunin must have been a strong woman.

My 4 boys and I had so much fun comparing our family tree to their Lego mini figure collections and trying to build them to represent family members.  We used my camera phone to take pictures together. We hope to use the photos to illustrate a book of family stories to share with all the cousins for our family reunion in August.

Genealogy Jen’s Challenge of the Week- What family story could you adapt to tell with Lego?   Bonus Points- If you have any idea how to build Lego sheep, comment and let me know or send me a link.