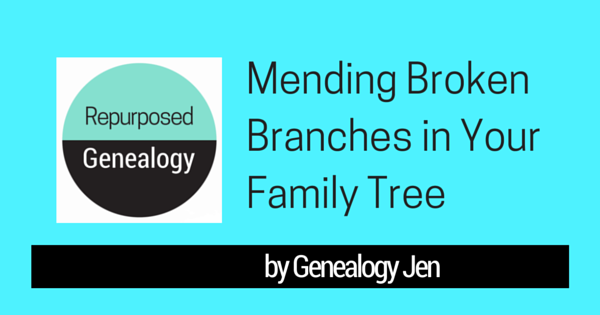 Sunbathing on the deck with my mom, at 17,  I was imagining my future life. Would I get married and have kids first, or would it be my younger brother? I mentioned that I would like to be the first one to have kids.

My mom interrupted my stream of consciousness chatter, “You know you’re not your dad’s only daughter right?”

Her words slapped me.

“Your dad had another daughter before I married him. He was never married to the other woman. It was when he was in the army, before he joined the church. He never bothered to tell me about it until the day you were born. That’s so typical for your father though.” She took another sip of her drink, shaking her head.  “No communication. Another reason I couldn’t stay married to him.” She continued after another pause for a drink,  “I met her and her mother once, when I was still married to him. It was before you were born. I think she was about four then.”

She paused, noting the stunned look on my face before continuing defensively, “He obviously never mentioned anything to you about it before. Not surprising. Go ahead,” she challenged, “Ask him about it if you don’t believe me.”

I don’t remember how long her words twisted in my mind before I asked my dad about it. Or why she chose that moment to tell me.

I was in Dad’s backyard for an every-other-weekend visit. I remember knowing that I needed to directly confront him about the issue. That’s what Montel Williams did to the guests on his show. He discovered the messy truth.

I waited until my step-mom went inside the house, to set the table for dinner. Dad and I were on his deck barbecuing chicken.

I looked up from the bowl of sauce I held while he brushed it on the drumsticks,”Am I your only daughter?”

“Yeah, of course you’re my daughter.” He didn’t look up from his basting.

“No. I mean, did you have another daughter before you had me? Before you married mom?”

He held his brush mid-air and turned to face me, “Geeze, Jennifer, where’s this coming from?” He analyzed the concern on my face, “What’s your mother been saying to you?”

I noticed he didn’t deny anything. I let the story of her recent revelation spill out between sobs.

“Geeze. I really wish she hadn’t of told you that. It wasn’t her place to say anything to you. It’s mine.

Yeah, I had a daughter with someone that I was with before your mom. We never got married. She started dating someone else, while I was away in the army. She ended up marrying him. That guy adopted my daughter, to raised her as his own.”

“Have you seen or talked to her?” I sniffled.

“Okay.” I paused, “When were you going to tell me about her?”

“Never? I don’t know. I guess, I was going to wait until she tried to get a hold of me someday if she ever did. You really don’t need to worry about this at all,” He said as he hugged me.

Christa found my dad less than a year later. 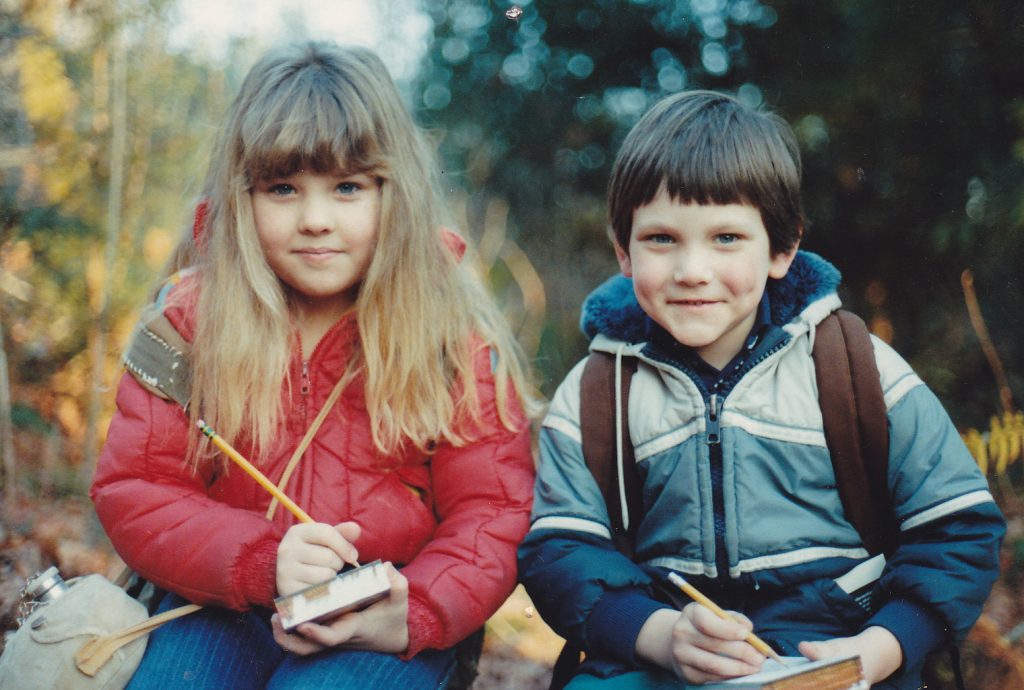 We usually share more of our life span with our siblings than other family members. Siblings can offer us the unique perspective of shared childhood experiences. They are our companions in the photographs documenting our most memorable childhood experiences. They may have been there the first time you rode a bike, clapping in the audience at your school play, and sharing a tent on your first family camp out. Our siblings are woven into the stories of our past. There may be disagreements about whose fault it was when the pillow broke the lamp, but they already know your back story. Typically, they were there experiencing it with you.

A sibling bond can span longer than the parents and grandparents you out live. It usually lasts longer  than the time with your children, who typically out live you. 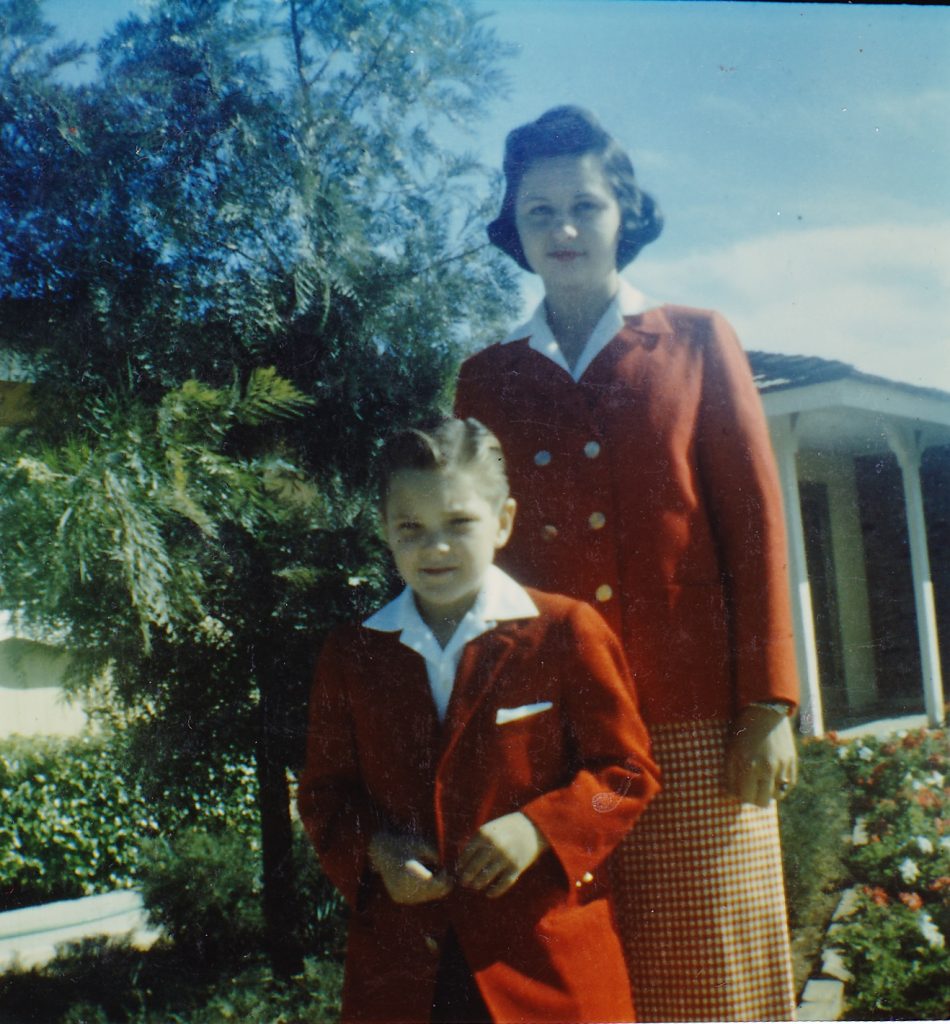 After seeing my Facebook feed filled with smiling siblings for National Siblings Day, I planned to write about my fantastic sibling bond with my little brother, Jeffery.

I thought about being the 3rd generation of 2 kids, more specifically, an older sister with younger brother.

Until I realized that’s not true. It’s only part of the story.

Sometimes, we have broken branches to mend in our family trees.

Families relationships can be messy. Our family has a pattern of messy dynamics. 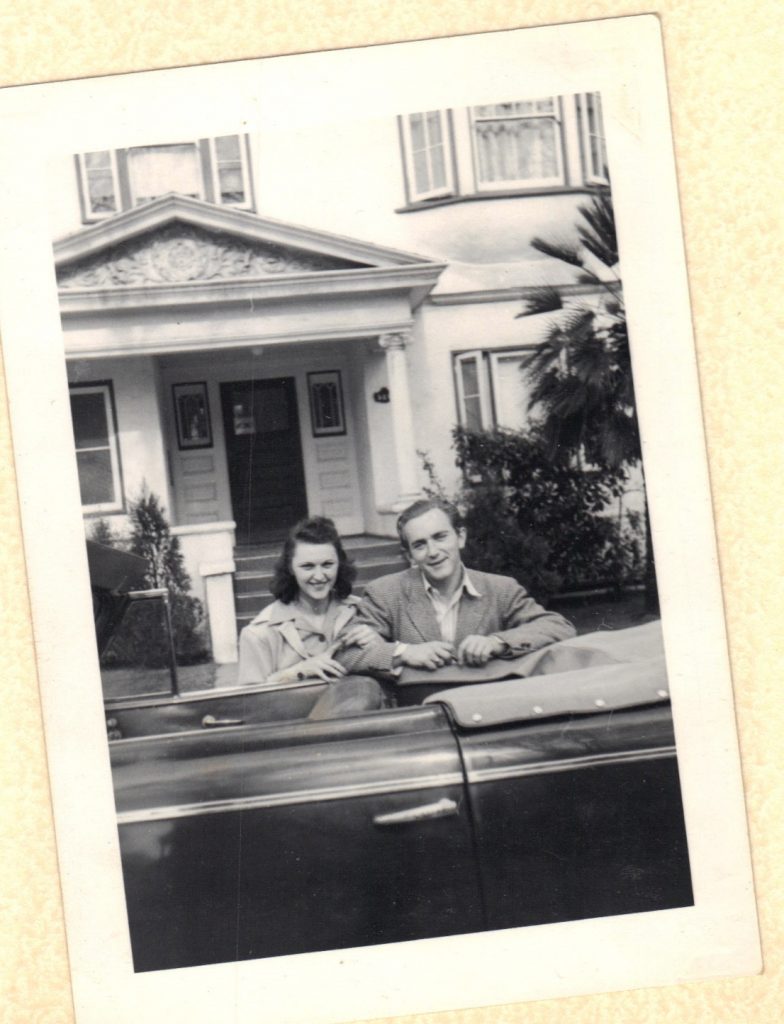 My paternal grandmother Margaret Estelle Miller and her younger brother Raymond Gregory Miller were raised in California by their paternal grandparents.

Alice and Joe Miller shouldered the responsibility of raising Estelle and Ray shortly after their mother Marion Marie Kaiser Miller died from complications due to Ray’s birth in 1920.

Estelle and Ray got a  step-mother,  Zelma Beulah Davis Miller, on June 1, 1921 when their dad Raymond James remarried. Alice and Joe continued to raise Estelle and Ray with the exception of a brief period, in her late teens, when Estelle lived with her dad and Zelma. 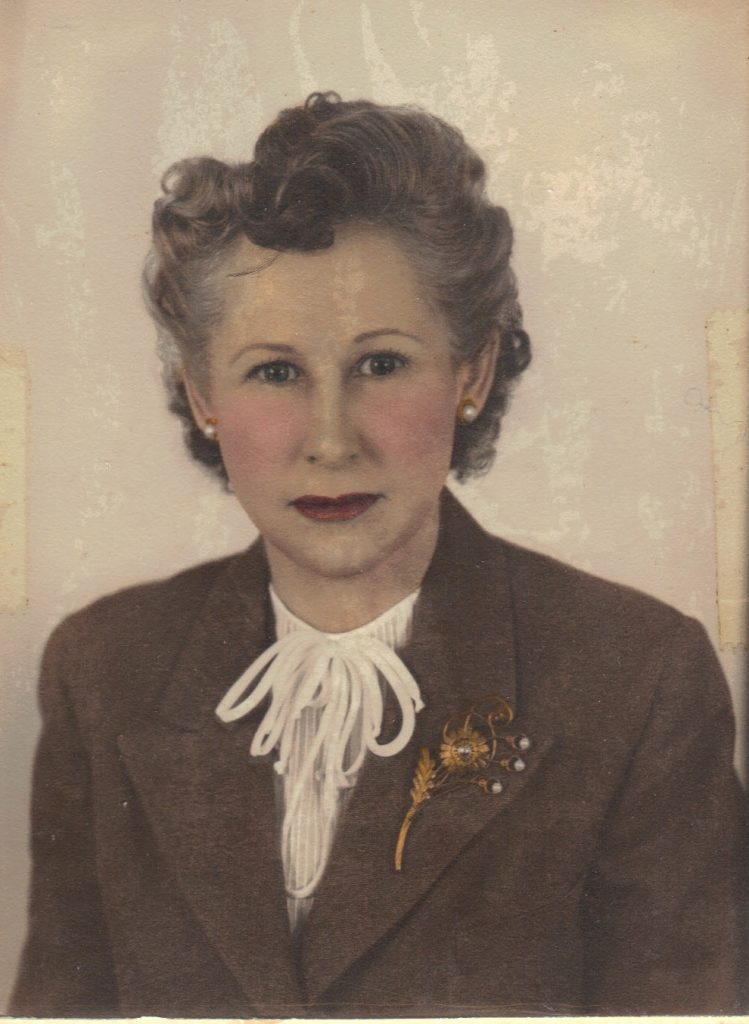 4 days before the 4 year anniversary of his wife Marion’s death, Raymond James and Zelma Miller had a son. Robert James Miller was born 26 March, 1924. They called him Bob.

After Raymond James Miller’s death in 1964, family legend has it that Uncle Bob made sure everyone was written out of the will except for him and his immediate family. Though there had been provisions for extended family in the multi-million dollar estate, it was changed.  My great-grandfather Raymond James Miller had built enough wealth as a paint chemist and manufacturer for all 3 of his biological children, their descendants and even nieces and nephews. The story is that no one got anything except for Uncle Bob.

Allegedly, Uncle Bob gave his sister, brother, and the rest of the family the shaft. More than the money, it was the family mementos that my relatives were most upset about. Estelle didn’t get any family pictures of Alice or Joseph Miller who had raised her. The only Miller family pictures I have are from a single scrapbook Ray compiled and kept for decades.

The severed Miller branch on my family tree has made the task of breaking through my biggest genealogical brick wall very challenging. 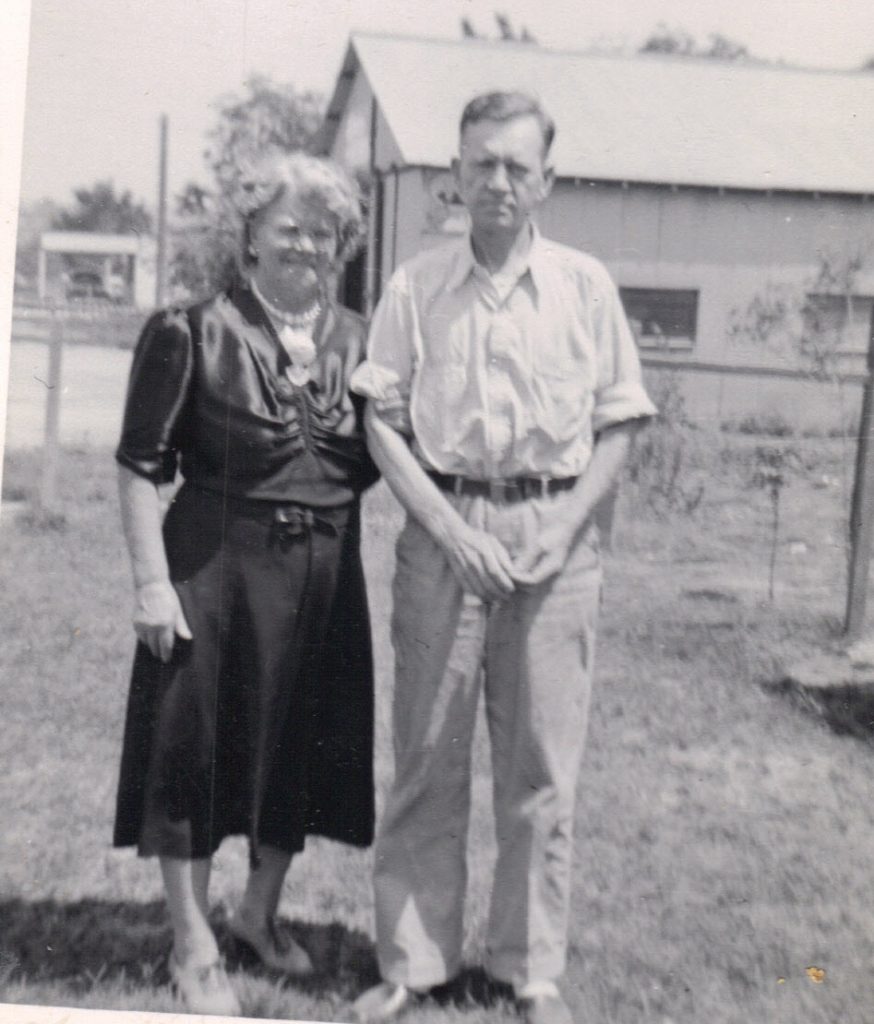 It doesn’t help that Alice Miller chose to name her sons the most common names for boys the years they were born.

The right Zelma Miller was a heck of a lot easier to find in California than Frank Miller, Joe Miller, Raymond Miller or Mitchell Miller have been.

A sibling bond can be full of laughter and fun and memories.

But sometimes, it’s not.

Unlike friends, you don’t choose your siblings. Sometimes, siblings give you the shaft.

Maybe, you endured abuse or torment from your sibling. Years, haven’t erased the pain of your trauma.

Perhaps, the occasional family reunion or holiday dinner is entirely too long to spend around your emotionally toxic sister. You love her, but don’t like her.Years of therapy haven’t changed that.

Maybe you have so many step, adopted, half or partial siblings, you can’t keep them all straight. That’s okay.

Life can be messy.

Life’s not an 80’s TV sitcom episode. There aren’t shenanigans, parental apologies for misunderstandings, conflict resolution, and commercial breaks in under 30 minutes.

Life with siblings can bring plenty of shenanigans… and antics too. Sometimes, we don’t get the resolutions or apologies we hope for though.

Thankfully, I have a loving, healthy sibling relationship with my younger brother, Jeffery. I have worked on having one with my surprise sister Christa also.

We don’t choose our families, or whether or not  family members have hurt us in the past. We can choose how we choose to frame our family stories. 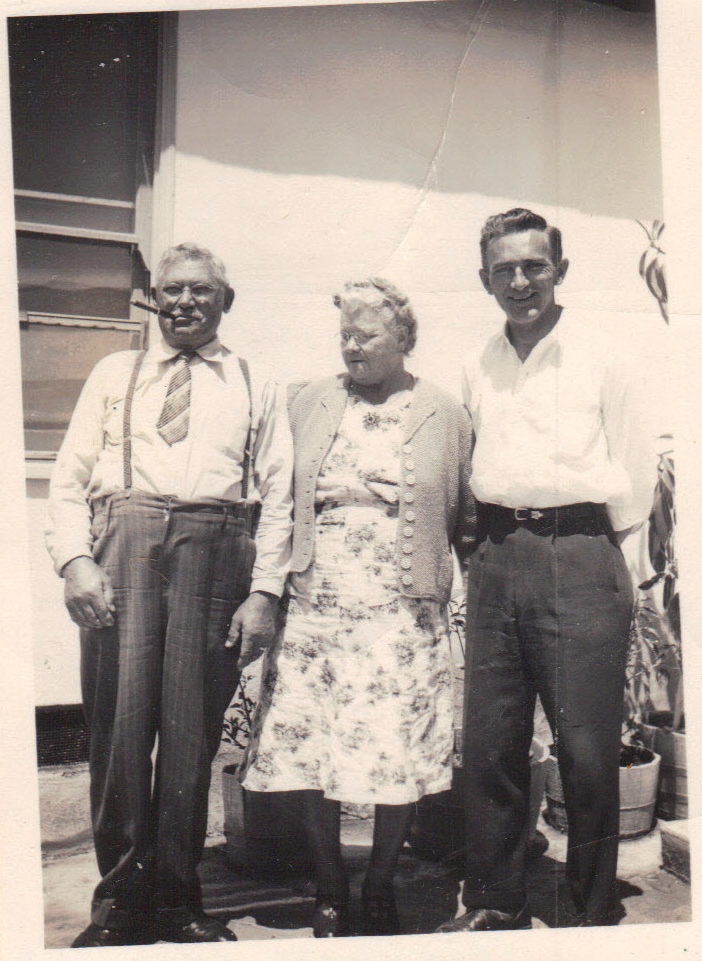 Pa and Ma Miller (Joe and Alice) with Ray

I’m not angry with Uncle Bob Miller or any of the Millers. While I wouldn’t turn down an inheritance check someday, I would rather have a relationship with the Miller relatives. This blog post is just one of the steps I am taking to find them. Hopefully, our generation can repair relationships that were damaged in the past.

You may have dark secrets and broken branches on your family tree. You may have a surprise sibling, or discover a whole secret family line as you research your ancestry. You don’t chose your family, but you can choose to embrace them, and all of their messiness and brokenness.

You can choose mend the broken branches on your family tree. 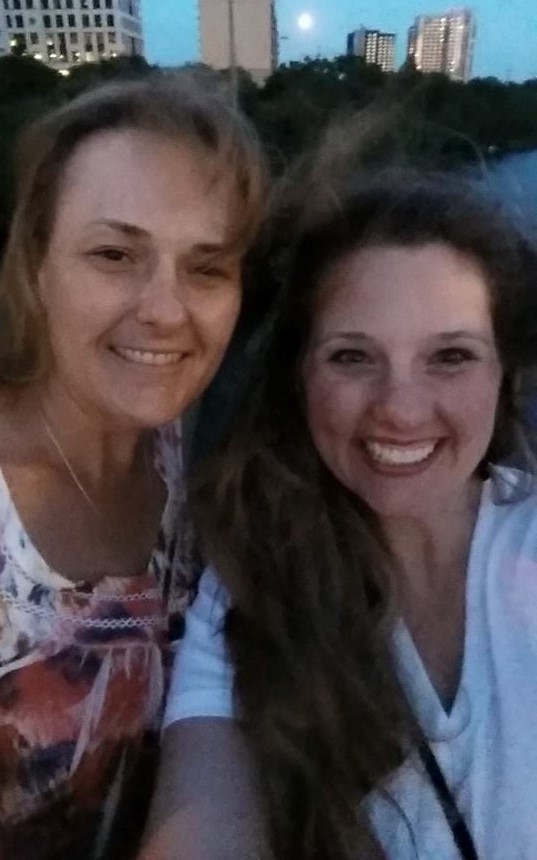 Please contact me if you are interested in hiring me as a public speaker to present at your next conference or event-  Mending Broken Branches in Your Family Tree – Reconciling Abuse, Adoption, Illegitimacy, and Divorce is just one of my lecture topics.

Genealogy Jen’s Challenge of the Week – What branch in your family tree needs mending? What will you do to start that process today?

Bonus points for taking the time to reach out and talk to a sibling. If you’re an only child, like my friend Molly, friends become family. Reach out to an old friend that hasn’t heard from you in a while.