Getting to Know the People in my Neighborhood 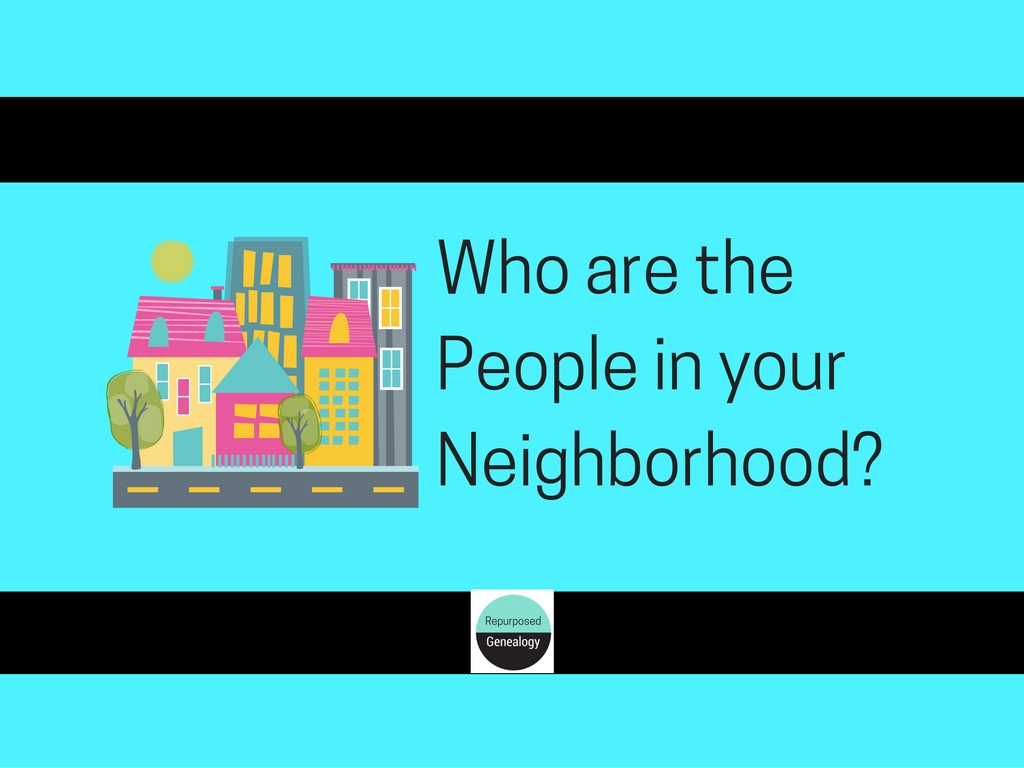 I live in a rural, mountain resort community with less than 3, 000 year round residents.

When my first triplet son was identified as gifted, in first grade, I panicked. We had moved away from my hometown which had a variety of enrichment opportunities for gifted children, including differentiated gifted curriculum in the elementary schools.  I had grown up an hour south of Seattle, in a suburban community. I never imagined that I would live in a small town some day.

The middle of nowhere

The nearest shopping mall, or big box store like Walmart or Costco is over 100 miles away. Our geographically remote location is probably a major attraction to a lot of the part time and full time residents. Initially, it terrified me being surrounded by more trees than people, far away from the conveniences of a city.

I wanted to move back to where I was raised, and my comfort zone. I questioned how my husband and I would be able to provide the type of enrichment opportunities that a larger community could. What could we do to prepare them for the future? Would my boys be able to compete for admissions to a prestigious college or university?

I felt my anxiety growing as I realized that it would be impossible to provide my boys with the type of experiences that I had, as a gifted child, living in a larger community. Until I realized, that we didn’t need to personally teach our boys everything.

We could rely on the resources within our community.

When my husband and I decided to leave my hometown to move to the mountains, it was to raise our boys, not to leave at the first sign of trouble.

Though gifted people statistically account for about 2 to 3% of the overall population, the more time I spent getting to know the people in my neighborhood, and surrounding community, the more gifted people I found. It was reassuring knowing that we weren’t alone.

I found clues about the gifted people in our community as I researched census records and surveys.  I discovered that though I live in a rural area, 86% per cent of the adults in my community have at least some college or an associates degree. A majority of them have earned a Bachelor’s degree or higher. Our high school, with average graduating classes around 50 students, rank in the top 700 schools in the country. It’s also consistently rated in the top 3 of our state.

I found breadcrumbs leading me to other gifted people in our community like back issues of MENSA magazines in the free magazine bin at our library.

I started talking to neighbors, strangers in the grocery store, and new friends asking them about intelligent/ remarkable locals they knew.

I met and heard about artists, singers, writers, actors and musicians. There were accountants, entrepreneurs, scientists, a patent holding inventor and engineers. I spoke to retired professors, teachers, world travelers, and doctors. I learned about Olympic medalists and coaches. I heard stories about 3 different people who were former  NASA employees including a rocket engineer and an astronaut.

Realizing the variety of gifted people, I was excited about the experiences and knowledge that my neighbors could share with us. In addition to gifted people, there are a variety of other people who’s life and work experiences contribute to the depth and scope of our community. Each person shares something I can learn from.

These are the people in my neighborhood.

The people in my neighborhood have helped me appreciate science and nature more.  I have learned that wild chamomile grows in my driveway, and have picked, dried and brewed my own herbal tea. I know the hummingbirds, that visit our feeder each spring,  migrate here for the summer from Mexico. A naturally occurring heart I found in the granite at Yosemite

I know the large fox population here is due to foxes released into the wild when a local furrier closed due to labor shortages around World War II.  I know the difference between a mule deer and white tailed deer.  I know that it’s worth paying an extra $5 a month for our mandatory black bear proof trash cans.

I have learned about forest timber management, wild fire fighting, fish hatcheries and water quality issues. I have learned to disassemble, repair and use a snowblower.  I have learned to how to kayak, trail run, mountain bike, alpine ski, cross-country ski, skate ski and snowshoe.

Getting to know the people in my neighborhood has changed me.

As a child, I was overweight, and spent most of my leisure time indoors reading. I never participated in an organized sport or did athletic things until I was in my 30’s.  I camped in a tent exactly two times before leaving for college. I preferred hotels in cities rather than roughing it.

The old Jen would never have planned a family vacation around  visiting national parks. The people in my neighborhood have positively impacted who I am and inspired me to try new things.

Many of my community members chose to retire here for outdoor recreation. A quick selfie before my marathon training long run

They are here to ski and bike ride in their 60’s and  70’s, fly fish, golf and hike in their 80’s and shovel snow in the winter in their 90’s.  Okay, I only know one lady, Dorothy, who insists on shoveling her walk herself at 94 years old, but I still find it amazing that she is physically capable and wants to do it. 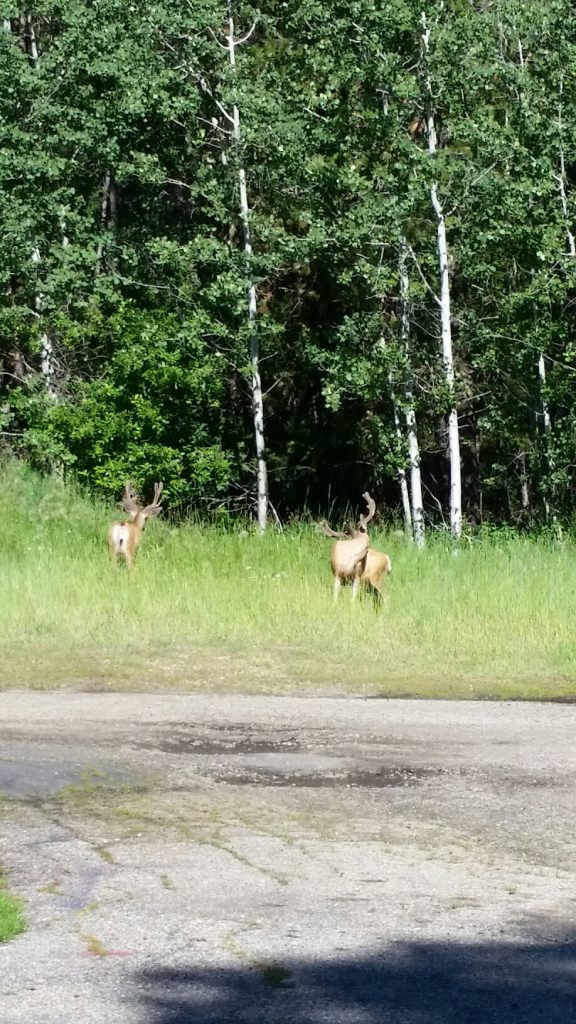 Bucks in my backyard

The majority of the people where I live are physically fit and active. They have shared collective life experiences and information with me that never would have been interesting or valuable to me if I had stayed comfortably in my hometown.

We have been enriched through hands on experiences and connecting with the members of our small community.

Four years later, there are still things which make me nervous about living in a sparsely populated, rural community. I worry that I will forget some important item during a trip to the city, and have to improvise, or go without.

As the first snowflakes arrive, each year, in late October, so does my fear of being trapped in the mountains without proper supplies. I’ve heard the stories from my neighbors about past winters.

There was the winter you could ski off roofs because there was so much snow. There was the winter there were avalanches making the roads to the city impassible for weeks.  The two local grocery stores ran out of food. Tourists were trapped away from home without gas or groceries. Milk and emergency supplies were flown in by helicopter.

I am afraid of depending on others for what I need, and being unprepared for emergency situations like the winters many locals in my community have lived through.

(These are Fears 24 and 30 of my 40 fears)  Their stories about harsh winters add to my anxiety. Living through the past four winters in the mountains has taught me that I can survive piles of snow, power outages and living in an extreme, mountain environment.

In order for me to thrive, though, it is necessary to have the collective wisdom and support of my community.

Genealogy Jen’s Challenge of the Week – Who are the people in your neighborhood? Take a moment to have a conversation with your neighbors instead of rushing to your next activity. Bonus Points– Bake them cookies. That way, you can be the nice neighbor who bakes.

Click the link or graphic below to read more about community.